In describing Assembly Theory and the origins of life, the approach that the theorists take leverages not only the biological, chemical & physical properties but also the emergent properties of the universe. Instead of attempting to explain the processes that have resulted in life, as we know it, through physics, Assembly Theory founds its basis upon selection, evolution and complexity.

Similarly for the Metaverse, there have been attempts at definitions based on the physical properties of the environments humans have thus far experienced. This level of abstraction prevents a generalized definition and limits the ability to understand the relationship between the different environments agents are able to access.

My thesis is that the definition should be based on the emergent properties of the Experience Runtime that can be generally applied to any universe. This abstraction, I hope will aid in expanding the conversations of systems & applications in and between the universes whether they are physical, imagined or digital.

Following, in this first part, I am introducing the emergent properties that I believe make up the foundations of universes with the aim to formulate a generalized definition of the Metaverse.

For example, in the physical universe, when a ball is thrown in the air, it is possible to describe the quantum mechanics behind the movement. But, as humans we experience the Newtonian mechanics of the ball’s movements. This is the Experience Runtime.

This is fundamental because each universe’s Experience Runtime dictates the possibilities and limitations for the agents in the universe while the layers that make up the runtime are opaque to the participants of the unverse. 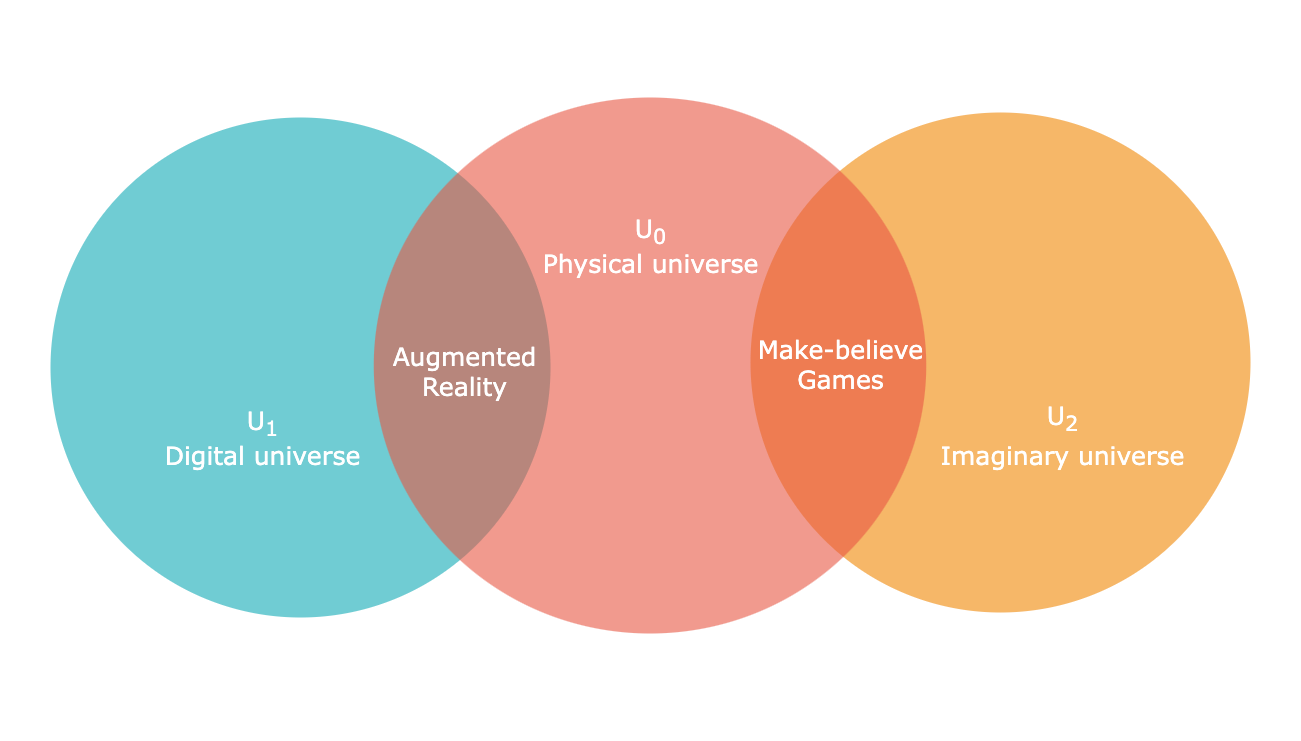 In every universe, there is a vast number of properties that participate in the Experience Runtime. In the physical universe, there are stars, planets, atmospheres, biospheres and more. In digital & imagined universes, there are transmutations of some of these properties. Let’s call the properties that undergo transmutation, Features. For an universe \( U_x \), Features can be represented as: \[ F_x = \{F_0, F_1, F_1, ..., F_n\} \]

Agents are also properties that participate in an Experience Runtime. While Features transmute between universes, Agents transfigure while traveling between universes. For an universe \( U_x \), Agents can be represented as:
\[ A_x =\{A_0, A_1, A_2, ..., A_n\} \] 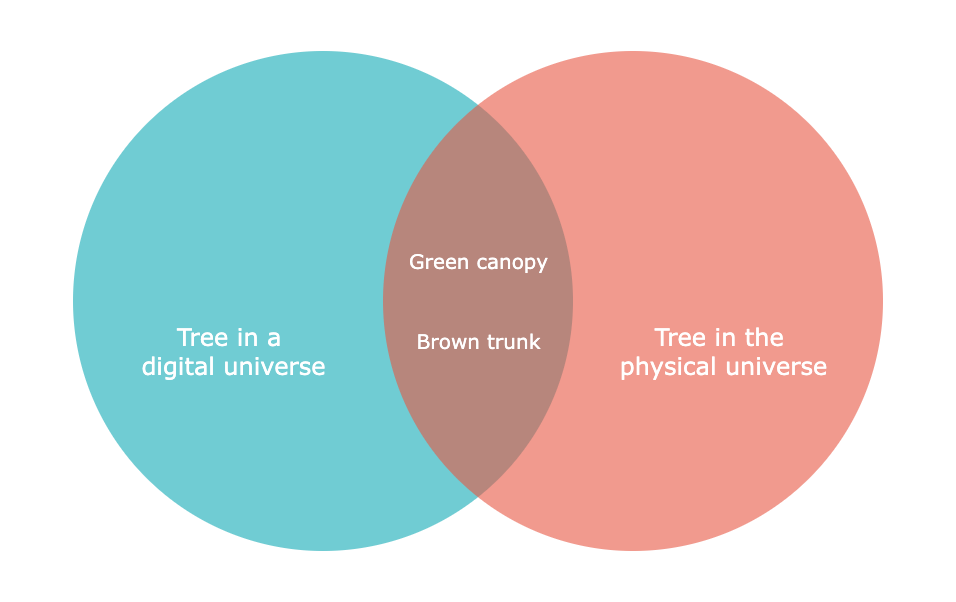 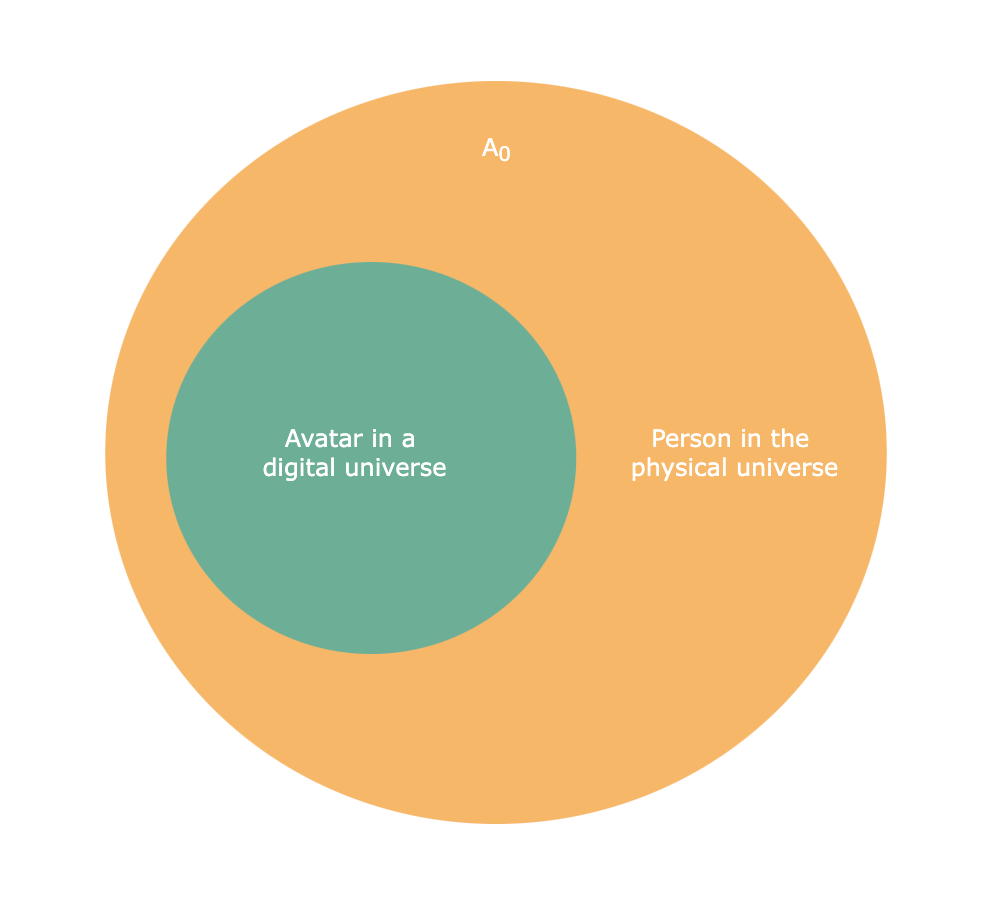 Figure 3: Example of properties owned by Agents between universes

These processes of transmutation and transfiguration are not limited to the universes that have a physical & digital separation. These processes are also applied to Features & Agents among multiple digital universes as well.

Cause & effect are built into the fabric of the laws that govern the Experience Runtime of the physical universe. The relationship of causes & effects is best represented in a graph. Let’s call this the Causal Graph. This graph describes the relationship of all properties in the universe as Agents & Features interact, build relationships and participate in systems such as societies and commerce. Causal Graphs between universes should always remain disconnected even when Features undergo transmutation & Agents undergo transfiguration. But, since Agents can retain ownership of properties across universes, this ownership can be represented in Causal Graphs.

Given these abstractions, I propose a generalized definition that the Metaverse is the representation of transmutation of Features, transfiguration of Agents and the Causal Graphs between Experience Runtimes of different universes.

In subsequent parts, I will explore how the existing systems and applications as well as new ones align with these abstractions & definition.

This post is available on GitHub for review & feedback. Join the discussion on HackerNews.

This work is licensed under a Creative Commons Attribution-ShareAlike 4.0 International License. I was born in Bangladesh, a lush country that was torn by war during its struggle for liberation in 1971 with millions of people uprooted and subjugated to immense suffering. A half-century later...

After working as a consulting CTO for several years, I've returned to being much more hands-on in software development with about 80% of my working time spent in codebases. It's been a refreshing and rewarding experience which made me wonder about why I had left being hands-on in the first